Sign Up to Receive Latest Market Reports & Articles In Your Inbox.

“You do not know the rules the silent men of Wall Street use." – WD Gann

In the above words, Mr. Gann indicates general traders don’t know the rules which professional traders know I read this statement of Mr. Gann first time somewhere around 15 yrs ago.

At that time it was just like a bouncer to me & again & again the question was flowing in my mind that what are those rules?

After spending more than the decade in studying about Gann & specific natural principles, & with hard work, I found some of the rules which honestly worth a much. Many still think there are no such rules, but that does not matter to reality.

Those rules are plain just like calculating 2+2 for getting the sum will see how one of such rules look on our trading charts. The charts are similar for all the only difference is of rules.

See What Others Normal Traders Can't

Today I will show you two such events, which was there in front of you in invisible form, & advantage of such events can only taken by learning & applying specific rules which are based on specific natural principles.

One such great event occurred on the day of state election result when our Nifty Index was trading on the downside since the last 4-5 days, & more downside fear was there on that day.

Commonly, such fear circumstances happen because of expert traders, as they want to make long positions on lower levels. On that day we saw panic low around 10333 levels & soon the market started trading on the higher side.

The goal was simple behind such panic low & whole situation to let retail traders start selling on lower levels & so expert traders can make their long position at lower levels.

You could have been profited by in that or by other similar situations, but only by knowing & following the rules of silent men.

As the retail traders frequently repeat such mistakes, they get out when it’s the time to get in & get in when it’s to get out. Well don’t counts ‘TIME’ here as some Date or any specific bar, well the 'TIME' here signifies a lot, but not the way you or so-called social media experts think off.

Let’s discuss our second such event, which occurred in Jan 2019 near Union Budget event, at that time; I also made a separate post on it before the event for our readers & students. Nifty Clues Before Budget Event

The almost same things were repeated on charts, panic selling & again position get formed up at lower levels & to make retail traders out at lower levels. At that time Nifty rises from 10600 near to till 11100, this was again 500 points profit move.

The rules are plain & very easy to understand, but for that one needs to have an open mind & ready to accept the truth, as truth is stranger than fiction.

Most traders like remain in their comfort zone of computer-based indicators & simple price action which is just like a fairy tale, for increasing your odds you need to have tools which are 'Rare' & 'Unique'.

Patience was must by following the strict rule, for taking advantage of both the opportunities,  which yielded the excellent reward of nearly 1000 points & that too when so-called experts were just busy in finding the 'Dates' or 'Bar' for knowing the market trend, which is nothing but just a funny thing.

At the same time, our students were busy in enjoying two great high profitable opportunities, by using our 'Special' & 'Unique' trading tools.

However, if we see ‘TIME’ played its part & rewarded well too those who closely understand its language.

Now it’s time for you to ask yourself - What you want to follow indicators or simple price action or a method to find date or bar.

None of the above will raise your confidence, as most of them are lagging in nature, as a trader you deserve much better tools for growing your funds & achieving your dreams.

Now it's time for you to decide you want to be part of the usual crowd or want to become part of a few 'Elite' traders.-Divesh

Trend Square method is mind-blowing and priceless. It's above my expectation. You're my god gift.

Thanks for sharing your valuable knowledge. I appreciate the hard work and time you have spent creating the course.

Your knowledge is priceless. True Market Rhythm technique is fantastic. I'm continuously practicing it. Nifty has given three incredible signals in the last five trading sessions. You are my guru.

Divesh, you made my trading simple, first time, I have learned a useful trading method. 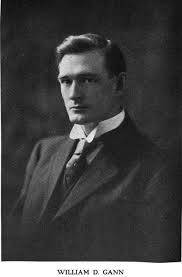