WD Gann is perhaps the most mysterious of all the famous traders in history, Known for using geometry, astrology and ancient mathematics to predict events in the financial markets and even historical events, Gann’s trading strategies are still widely used today, 62 years after his death in 1955. Gann disciples claim he was one of the most successful stock and commodity traders who ever lived, while critics argue there’s no concrete proof that he ever made a great fortune from speculation.

He believed that everything that occurs in markets has historical reference points. Essentially, everything has happened before and will eventually repeat itself. He studied ancient geometry and astrology to investigate how market events and specific numbers  repeated across various time cycles.

Gann’s material is a mystery to modern-day traders. One reason is that not all of Gann’s principles are clear. Perhaps the master wanted his students to do their own due diligence. There are several variations to this concept.

Sign Up to our FREE newsletter for receiving our latest market Analysis Reports direct in your mailbox. 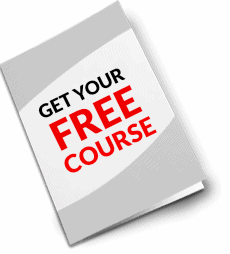 Don't Forget to Sign up for the UPCOMING FREE  Trading Course.